Blues, Roots and Legends. The Nighthawks Return to the Creative Arts Center

The Nighthawks will be performing on Friday, October 25th, at the Wellsville Creative Arts Center.  Show starts at 8pm.  Advanced tickets are $20 ($22 at door).  Tickets may be purchased online at www.WellsvilleCreativeArtsCenter.com or at the Arts Center Coffee House.  For more information visit the website or call (585) 593-3000.

Roots ‘n’ blues veterans The Nighthawks are a respected brand with a long and storied history behind the name. Formed in 1972 by singer/harp player Mark Wenner and guitarist Jimmy Thackery, the band was part of a thriving early 1970’s Washington D.C. music scene that included talents like Roy Buchanan and Danny Gatton. Through the years, the band has released 29 albums and rotated through a number of musicians, but they’ve always been led by Wenner’s undeniable vision and love of music.  The Nighthawks won their first-ever Blues Music Award from the Blues Foundation in Memphis in 2011 (Acoustic Album of the Year) for their 2010 release, Last Train to Bluesville.

As their 50th anniversary approaches, The Nighthawks step forward with two new members: Dan Hovey on guitar and Paul Pisciotta on bass. Dan delivers strong lead vocals along with his tasty guitar playing and Paul brings the band’s already famous four-part harmonies to a new level. Drummer Mark Stutso’s singing and songwriting make him an audience favorite. Founder, lead singer, and harp master Mark Wenner is still at the helm. With some 30 recordings and local and international awards to their credit, The Nighthawks are still churning out new material while drawing on more than four decades’ worth of signature tunes for their legendary live shows. 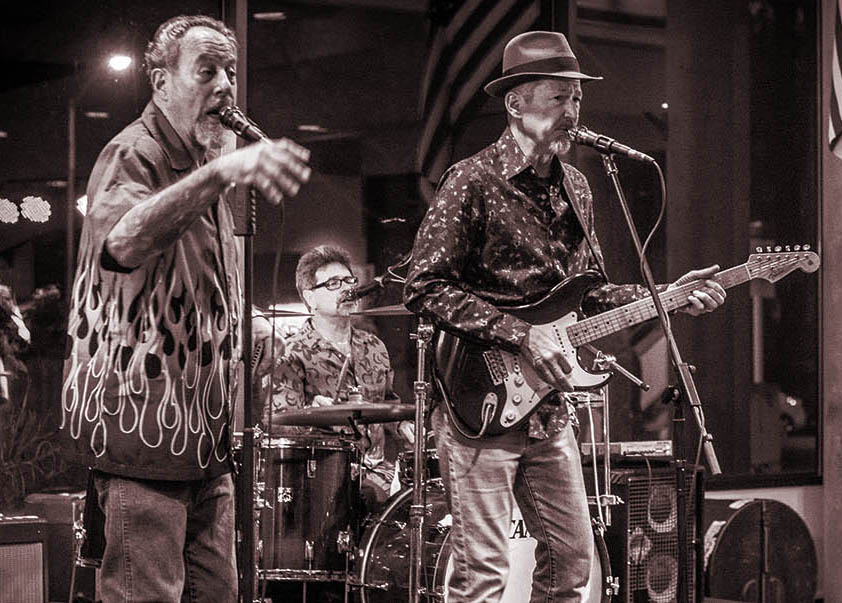