[Swain, NY] Skiers and snowboarders, if you have ever wanted to know what it is like to ski or ride with the Ski Patrol, you can have the chance on Saturday February 23 or Sunday February 24. Swain Ski Patrol is hosting an open house that includes a free one day lift pass and lunch. Hours are 10 to 2 each day.

Many of the best skiers on the hill belong to the National Ski Patrol. This esteemed national organization was formed in the 1930s to provide safety and first aid for the recreational ski industry. The Swain Ski Patrol is seeking new members. Participation in the open house is by no means an obligation to join Ski Patrol. It is a chance for skiers and snow boarders to have a look close up as to what the men and women in the red coats do.

The Ski Patrol keeps the area safe and, when needed, provides first aid and transport off the hill. Patrollers are trained in skiing and sled handling as well as professional level first responder skills. The Ski Patrol makes the first tracks in the snow each morning to assess and report trail conditions as well as the final sweep at the end of the day, to be sure nobody is left behind. The enjoyment of being outdoors, engaged in an exciting sport and the satisfaction and confidence that comes from being well trained are great personal benefits for the patroller. When asked what they love most about Ski Patrol, most members will immediately talk about the comradery.

Swain Ski and Snowboard Center, in the northern Allegany County Village of Swain, NY, has a summit elevation of nearly 2000 feet with 35 trails over 120 acres. The vertical drop of 650 feet is served by three quad chair lifts and a double chair lift. Natural snowfall and artificial snowmaking on the north facing mountain side has meant that the slopes have been open since late November, even on many days when warm temperatures meant that no snow was to be seen in most other places. Recent natural snowfall and temperatures are making for excellent February snow conditions.

Space is limited for the open house. Participants are asked to pre-register by emailing membership@swainskipatrol.org or calling membership coordinator Steve Walker at 607-382-3195. 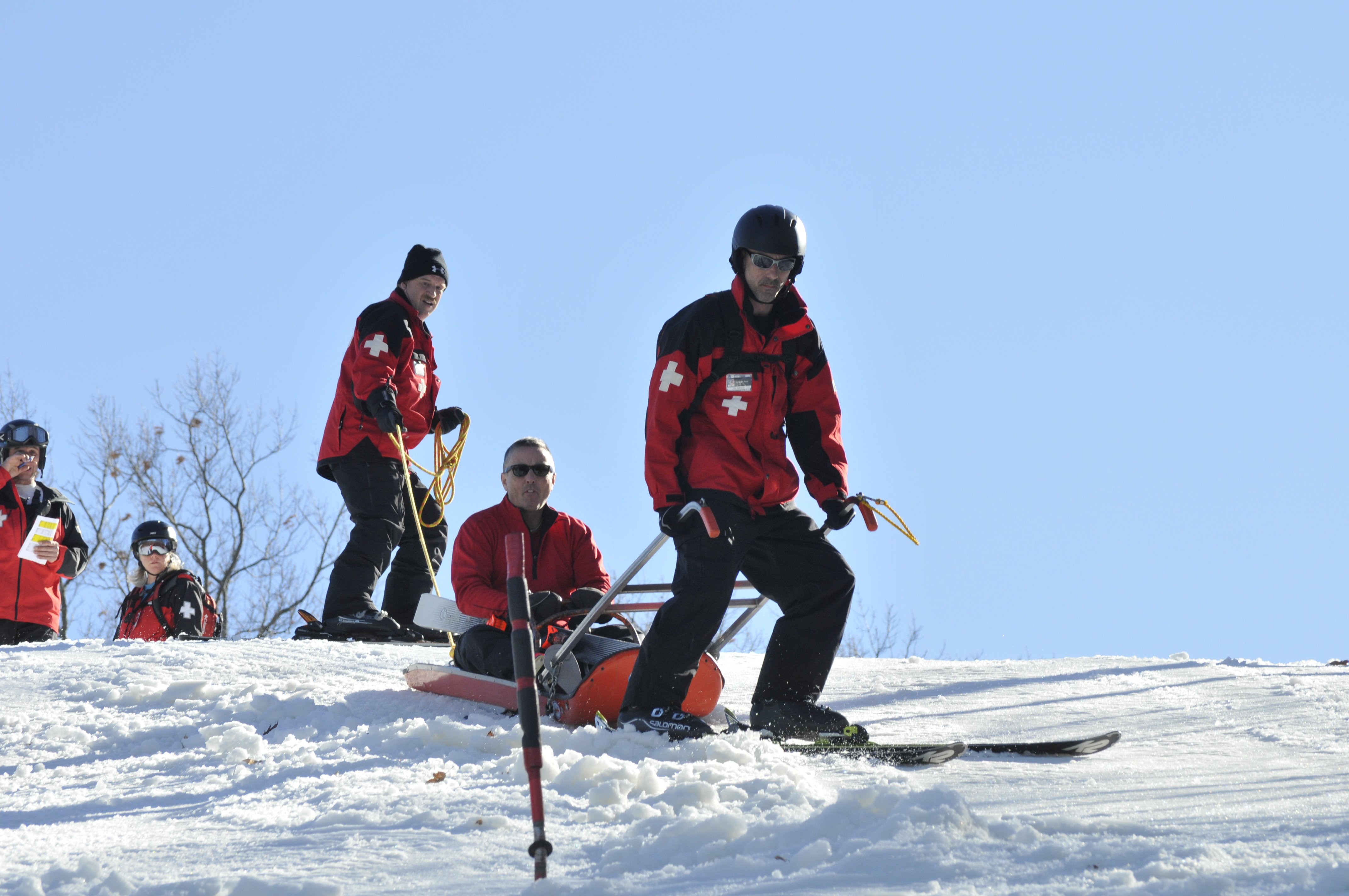