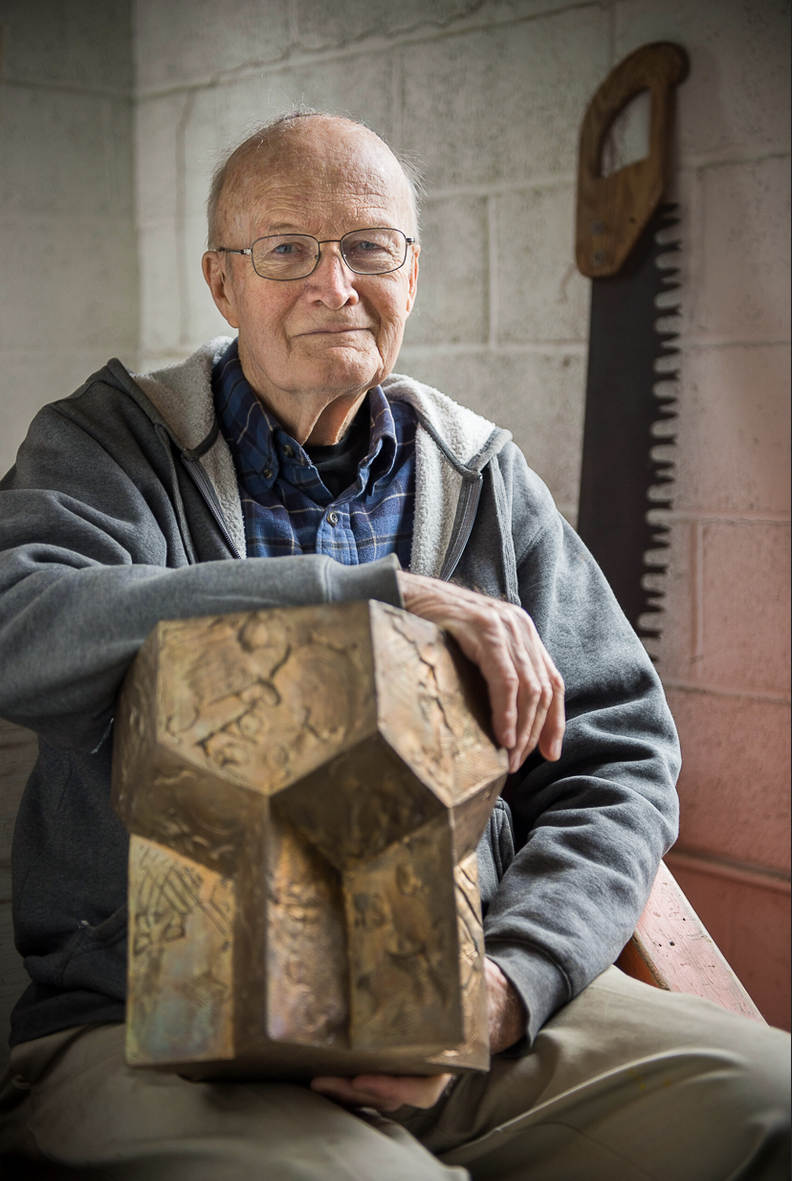 In large measure it focuses on vessel forms made from early 1960 to early 2000. Underhill is quite clear: I make metal bowls, bronze vessels cast by the lost wax process. The vessel is a primary form, irreducible and complete. To this he adds: Our subconscious speaks in poetry, in metaphors endlessly rich and varied. We are always making equivalents through all the senses, all media –movement, sound, light and color. Making metaphors, analogies – these are all poetry.

With roots deep in the cultural soil of California of the 1950’s, Underhill came East eventually to teach at Alfred University from 1969 to his retirement in 1997. Underhill studied with the legendary ceramic artist Peter Voulkos and developed a close, inspiring friendship with the renowned ceramic artist Stephen De Staebler. He worked with the celebrated architect Buckminster Fuller at the University of California at Berkeley, School of Architecture where he also studied with designer Charles Eames. Underhill has written that if Voulkos was my guru for the pot as sculptural expression, Buck Fuller was my guru for the pot as engineering marvel. Underhill was much inspired by Fuller’s geodesic dome and led a student design team to construct a geodesic dome as a bird sanctuary for the Oakland California Park Department. The dome was the first of its kind to be built on the West Coast. Underhill was on site studying and working with Voulkos when he made his first cast, bronze sculpture. At that time, Underhill began to turn clay work into bronze vessels eventually establishing a unique path for himself as an artist.